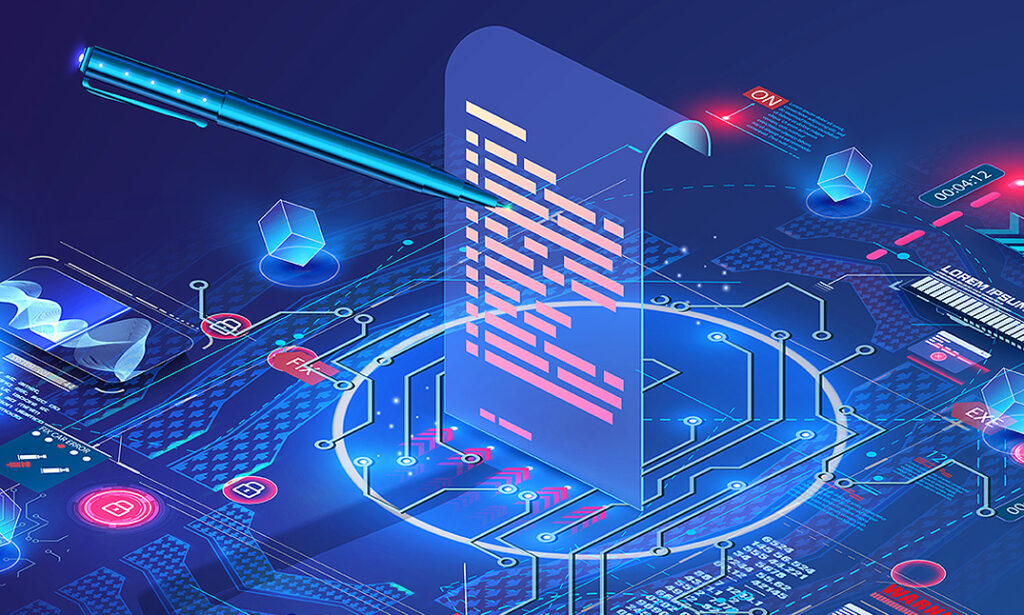 So many aspects of our lives are handled digitally and through automated processes, and the various technologies that are responsible for this seem to be advancing quickly as each year passes by. With that said, it’s not surprising that developers have created smart contracts that brilliantly auto-execute and manage complex contracts through blockchain technology.

Although these smart contracts have been around for quite some time now, we’ve only just scratched the surface as to what can be achieved through them. With that said, let’s dive into a few smart contract use cases that have really taken off over the past few years, as well as an overview of smart contracts in general.

What are Smart Contracts?

Smart contracts are self-executing contracts where the terms or a set of instructions are written directly into lines of code that reside on the blockchain. They’re programmed to automatically carry out the required steps needed for the execution of a contract by triggering the next steps each time a preset condition is met. In most cases, this advanced automation allows for transactions and agreements to be processed between untrusted parties without the need for a third party intermediary.

How Do Smart Contracts Work on the Blockchain?

Smart contracts are run and stored on blockchains, which are decentralized digital public ledgers, or a record of transactions that span across an entire network of computers, as opposed to having data unsafely stored in one central location.

When a smart contract is required, the parties involved establish the terms of the agreement, and these terms are then converted into a smart contract through code and placed on the blockchain. As mentioned, this code can represent predetermined conditions that prompt a smart contract to move forward with the next action. For instance, if “Party A” pays a (specified amount) of Bitcoin by a (designated date), then the stated asset is (released) to “Party B”.

What are the Benefits of Using Smart Contracts?

There are many advantages to using a blockchain-based agreement, as compared to a traditional one, and this is the reason smart contract use cases continue to grow. With that in mind, below, you will find some of the most notable benefits of utilizing smart contracts:

Smart contract use cases have been growing rapidly over recent years and have been incorporated into various sectors such as the finance and insurance industry, gaming and NFTs, trading, real estate, and other areas. Below, I’ll be touching on the various ways that smart contracts are used to give you a better idea of the possibilities they offer:

The Financial Sector is Being Transformed by Decentralized Apps (DeFi)

The financial sector is currently being revolutionized by apps that are powered by smart contracts, which are referred to as dapps/decentralized applications, and they incorporate decentralized finance/DeFi technology. This technology makes it possible to build apps that run on a peer-to-peer network, on the blockchain, using smart contracts, and are said to be responsible for initiating the beginnings of an exit from the traditional banking system.

These DeFi apps that are powered by auto-executing smart contracts enable all parties to participate in sophisticated financial transactions pertaining to dealings such as loans, trades, insurance, and similar, and to do so in a trustless and transparent manner, with no third party, such as a bank, taking a big cut or delaying the process.

A few popular DeFi projects that utilize smart contracts include Uniswap, which operates on the Ethereum Blockchain and provides a reliable way to trade crypto anywhere in the world without an intermediary. There’s also Compound, a borrowing and lending application that also runs on the Ethereum Blockchain, as well as Colony on the Avalanche Blockchain, which provides funding to the early stages of new projects.

As a final note, DeFi apps and smart contracts have the power to lower the barriers to entry when it comes to obtaining financial services for individuals around the globe.

Smart Contracts are the Foundation of Non-Fungible Tokens (NFT)

Smart contracts are really the backbone of every NFT system; together, they enable users to interact with digital assets, as well as physical, in a way that was never possible before. Why is this the case? Because a smart contract is what holds all the data, conditions, auto-execution instructions, seller and ownership information, pricing and royalty terms, and much more.

What are NFTs? They’re non-fungible tokens that are cryptographic assets that sit on the blockchain, with each NFT having its own unique identifier and terms written in code, representing a specific asset. Non-fungible simply means that it’s one-of-a-kind, unique and irreplaceable. For example, an NFT can represent an original piece of artwork, such as a painting. Even though copies/prints of the painting may be made, there’s only one original. In contrast, most cryptocurrencies are fungible; for instance, one Bitcoin is equal to another Bitcoin.

The non-fungibility is not the only attractive characteristic, though. NFTs were designed to present proof, or irrefutable evidence that an asset assigned to the NFT via a smart contract is owed or registered to a specific person or organization — basically, it’s a non-disputable form of ownership that’s permanently embedded on the blockchain, unable to be mistakenly or fraudulently altered.

NFTs have the ability to convert images, videos, in-game items, music, as well as non-digital items such as real estate, into assets that can be confirmed, simple to acquire, and sell peer-to-peer, even across the globe, using smart contracts and other blockchain technology. Additionally, almost any type of term or condition can be written into a smart contract that’s powering a non-fungible token, and this can open up a world of possibilities when it comes to smart contract use cases as it pertains to NFTs.

Some of the most widely used blockchains that have the ability to support smart contracts and NFT creation are Ethereum, Algorand, Solana, Tezos, and Cardano.

If you happen to invest in real estate, or you’ve purchased a home of your own, you know all too well, that when you don’t have a full-service company handling the deal for you, it can be a bit confusing and a long process because of all the moving parts there are to make the purchase or sale happen. This includes piles of paperwork, multiple contracts, many third parties to deal with, commissions and fees, as well as situations such as title fraud to deal with. With all that said, smart contracts are eliminating these pain points, and it’s going to revolutionize the real estate industry as we know it.

With smart contracts and all the benefits of the blockchain, sellers and buyers can enjoy complete transparency, efficiency, security, as well as speedy transactions — imagine not having to wait for an escrow company to release the funds because the smart contract is able to take over that role and release the funds immediately.

Since an escrow company, as well as the other traditional real estate intermediaries, except maybe a title agent, won’t be involved in the deal, that means that the buyer and seller won’t have to pay fees and commissions to them — the whole concept of using smart contracts for a real estate deal is really a game-changer.

You can read about buying real estate on the blockchain through a smart contract by heading over to this article that breaks it all down for you — How Real Estate Purchases are Being Transformed by the Benefits of Blockchain Technology.

Just like the real estate sector, many other industries are being introduced to smart contracts. Here are a few more use cases that show the potential of this innovative technology:

Dive Into More Articles from CND

If you’re interested in increasing your knowledge base when it comes to blockchain technology, investing in cryptocurrency, and everything in between, then be sure to take a look at our posts that touch on these topics:

We’ve seen how smart contracts can streamline transactions, reduce costs, increase efficiency, assign ownership, eliminate third parties, as well as provide transparency and security, making it well worth taking the time to become familiar with this powerful technology. With that in mind, it’s clear that as more people become educated on the benefits and use cases of smart contracts, it’s likely that there will be a mass adoption in the near future.

We touched on NFTs, but if you would like to learn more about this topic, dive into this video from Crypto News Daily: 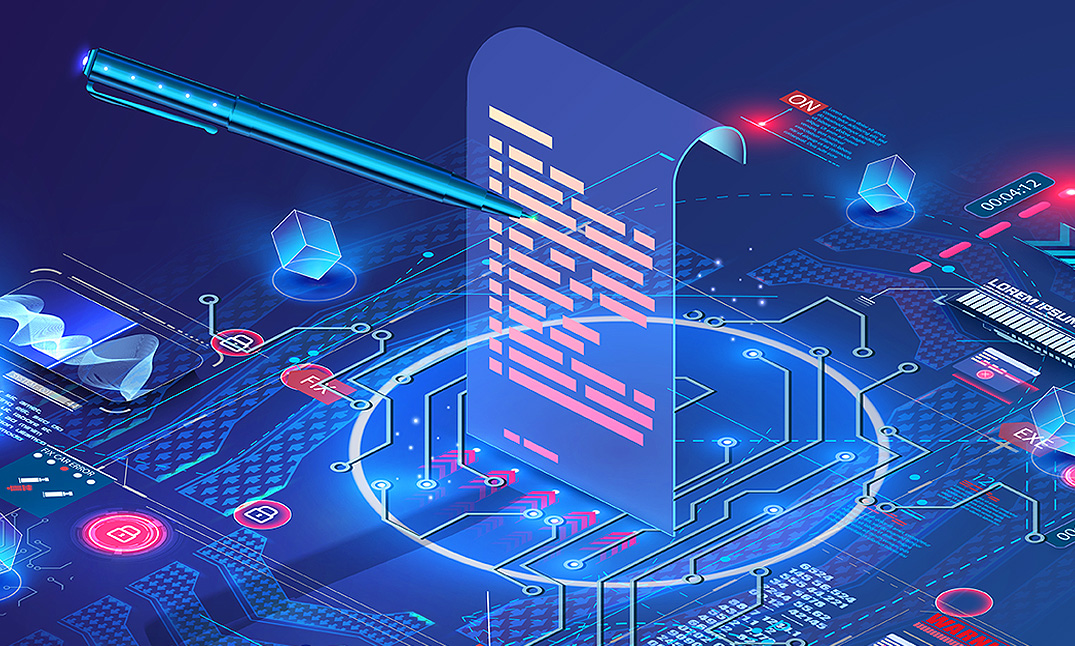 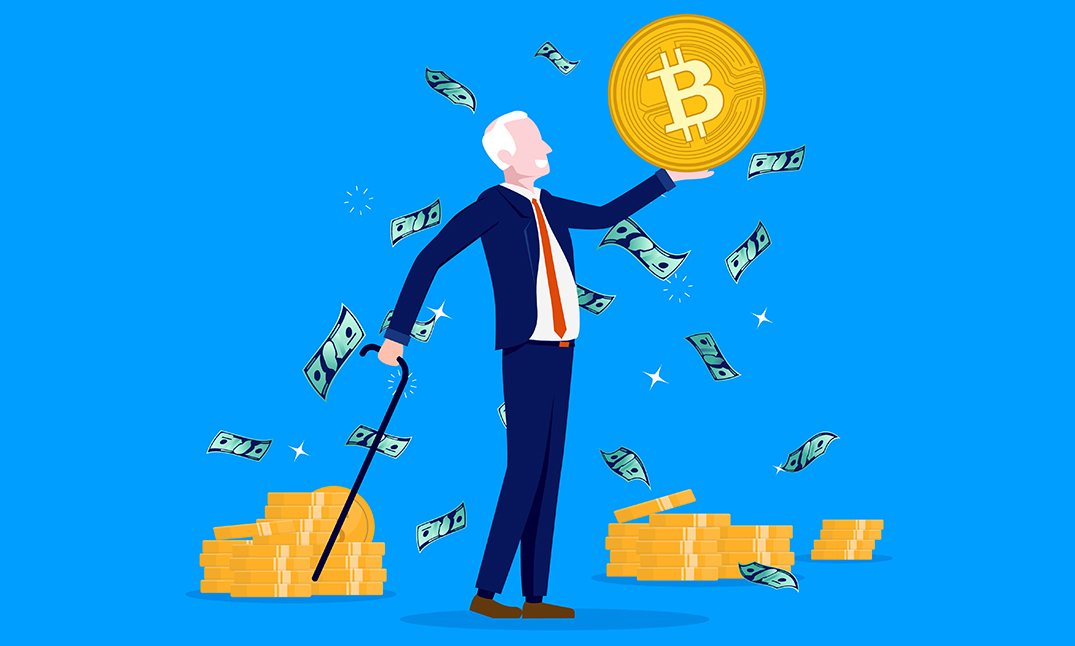 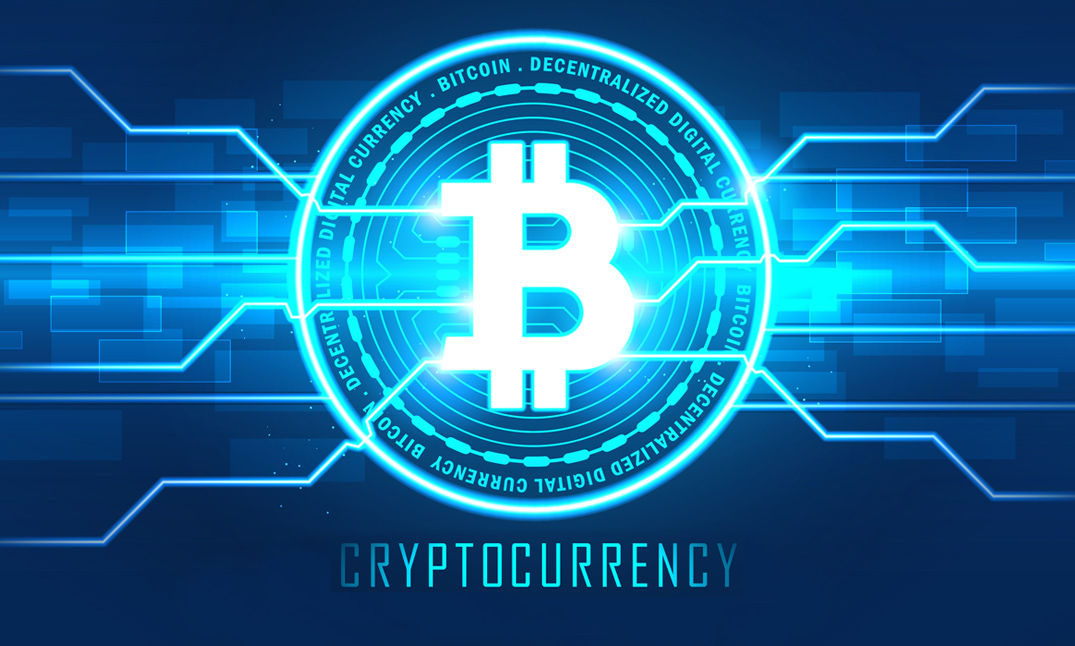 How to Invest in Crypto: The Ultimate Guide 2022 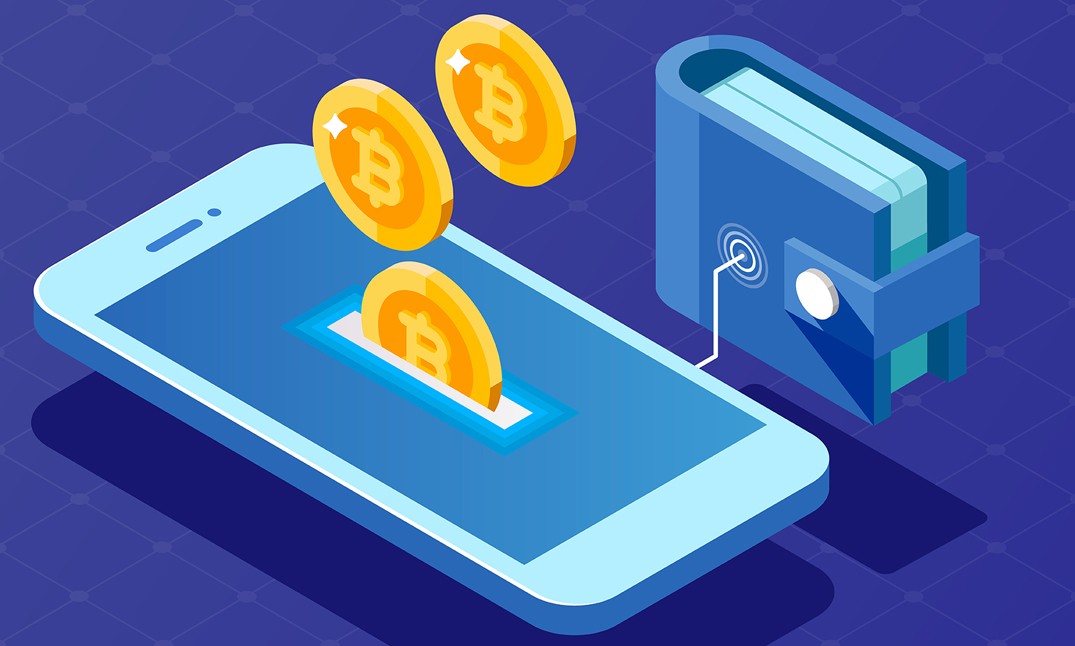 Do I Need a Crypto Wallet? 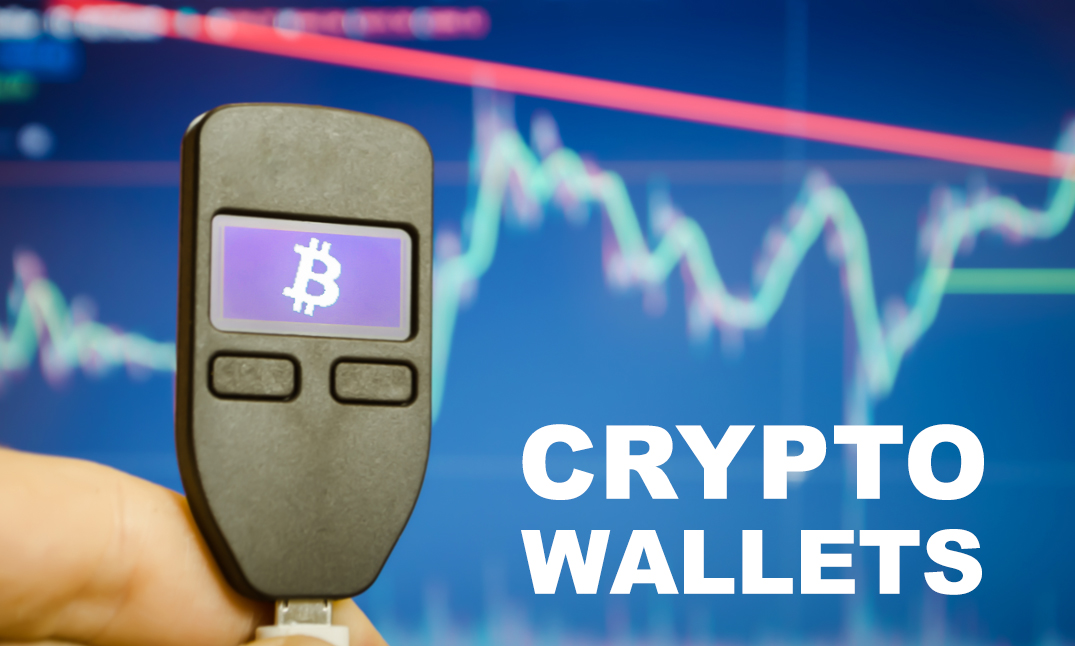 What is a Crypto Wallet? Plus Best Suggestions for 2022 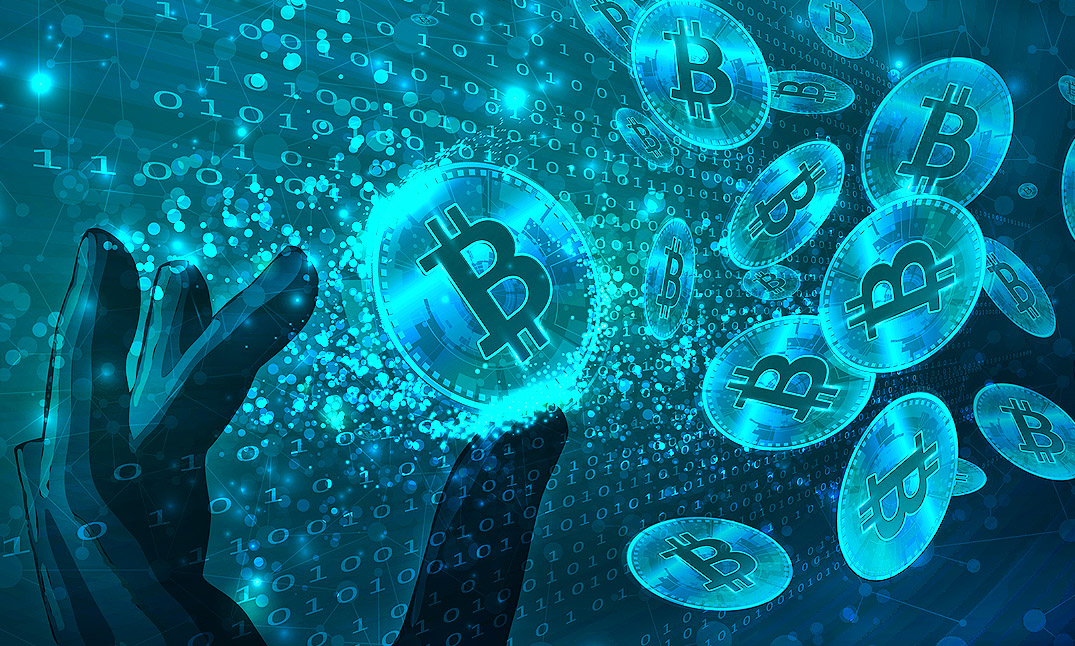 How Much Should I Invest in Cryptocurrency as a Beginner?

Get updates and learn from the best 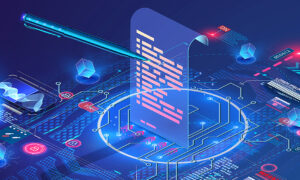 Find out which smart contract use cases are transforming industries and learn what the benefits are of using this advanced blockchain technology. 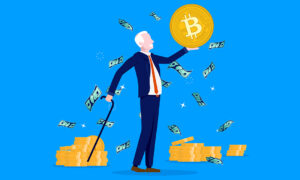 Learn how to invest in crypto by diving into this 2022 ultimate guide that provides info that will place you on the path to becoming a seasoned cryptocurrency investor. 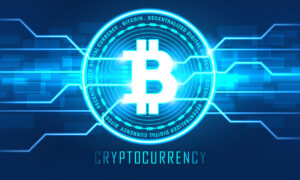 How to Invest in Crypto

How to Invest in Crypto: The Ultimate Guide 2022

Learn how to invest in crypto by diving into this 2022 ultimate guide that provides info that will place you on the path to becoming a seasoned cryptocurrency investor.

Do I Need a Crypto Wallet?

Do I Need a Crypto Wallet? Over the past few years, Bitcoin, various altcoins, and

What is a Crypto Wallet? Plus Best Suggestions for 2022

What is a Crypto Wallet? Plus Best Suggestions for 2022 The interest in cryptocurrency has 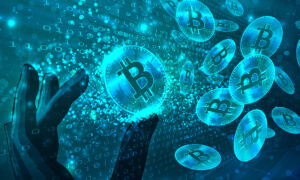 How Much Should I Invest in Cryptocurrency as a Beginner?

Find out how much you should invest in cryptocurrency as a beginner so you can protect your funds while learning to trade intelligently.